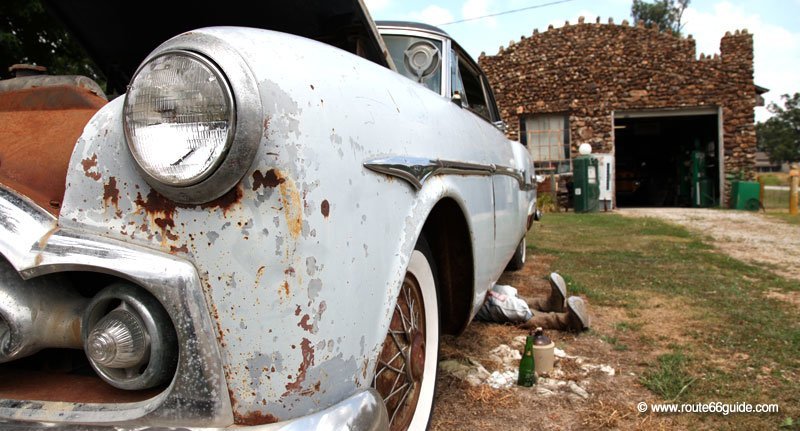 Unfortunately, Route 66 has not always been the romantic road we love to describe. It was also extremely deadly for motorists and pedestrians alike. Among other things, because traffic volume grew at an amazing rate over time. Gas stations popped up in every village, on every corner, and the number of cars just shoot through the roof as the Ford T was introduced. 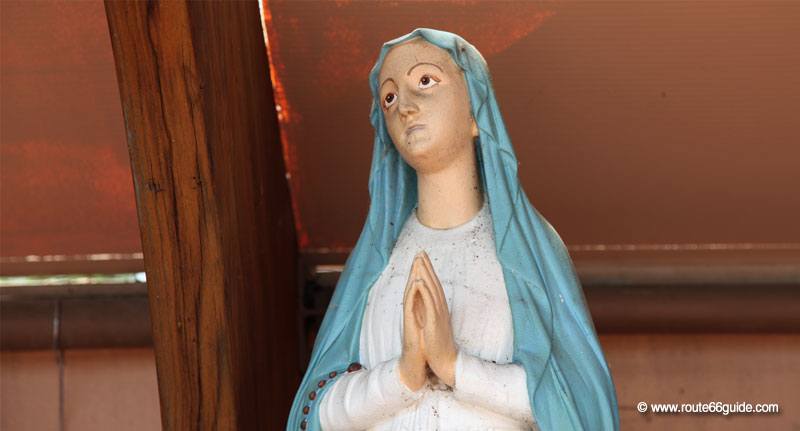 Above: Sherman, Illinois. Shrine of Ray's Route 66 Family Diner. The small altar of Restaurant Ray's watches over the safety of travelers on Route 66 right by the property.

Moreover, the Roaring Twenties in the post-war period triggered a tourism travel craze. The road tried to adapt by opening two, sometimes four lanes, but failed to curb the regular traffic jams.

In their wake, the number of fatal accidents exploded. The romantic "Mother Road" gave way to less flattering nicknames such as "Bloody Highway" or "Death Alley". 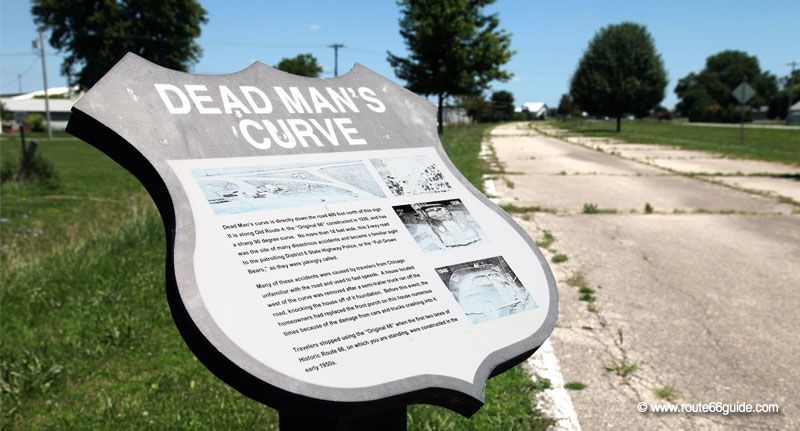 Above: Towanda, Illinois. Dead Man's Curve. Well-known by local firefighters, this segment, starting with a slight turn, was extremely prone to accidents. It proved fatal for many motorists traveling too fast and often under the influence of alcohol. This is of course what earned it the sordid nickname: "Dead Man's Curve".

Other Route segments were also given sordid nicknames such as "Dead Man's Curve" in Towanda or the foggy bridge of "Devil's Elbow" in Missouri.

For the population living by the road, the situation becomes unbearable. Downtown, the steady stream of vehicles makes crossing the road extremely dangerous. 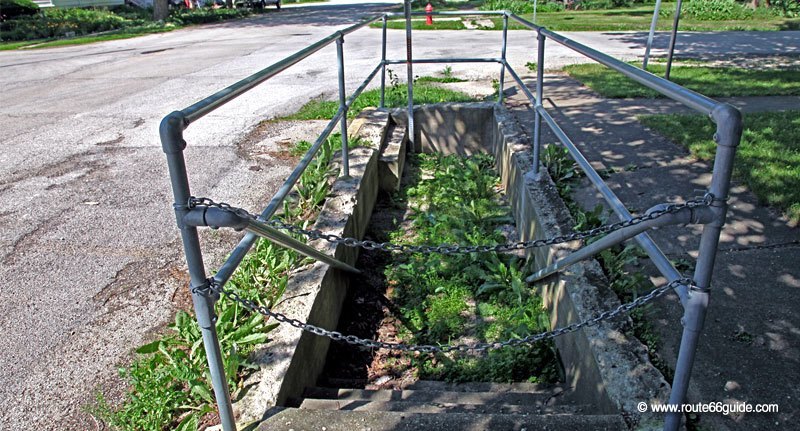 Above: Odell, Illinois. Pedestrian underpass. Odell, like many localities traversed by Route 66, built an underpass to allow its residents to cross the busy road. Very few passages of that sort have nonetheless survived. The one portrayed, a long condemned passage, no longer leads anywhere but remains a witness to the dangerousness of the historic road.

Some municipalities fund underground walkways while others simply abandon Route 66 seeking a by-pass instead. Needless to say, this was to the detriment of the their business. We can only guess but the especially dangerous nature of Route 66 may have been a deciding factor in its gradual decommissioning from the 1970s.